Brown America: An Acknowledgement of this Nation’s Roots America was, is, and always will be…“brown”

This concept paper addresses the hyperbole and irrational fear related to the demographic projection often termed as the “browning of America.” The “browning” is a term that refers to a growing “non-white” population in the United States. The case is made for how, from the inception of its creation, the United States culture and society were built upon foundational roots originating from the Indigenous people of the American continent with added elements comprised of many cultures from various regions of the world. Rather than embracing the perspective of a demographic “browning,” the position taken in this paper rejects a white supremacist orientation that negates yet appropriates the contributions of multiple cultures to U.S. culture.

Examples of how United States language, culture, and customs are derived from various “non-white” cultures and traditions attest to how those descended from the European Diaspora have been assimilated into a pluralistic “brown” worldview. For this reason, the position taken is that the United States always was, still is, and forever will be, “brown.” Yet, the generational trauma held by a significant portion of European Americans and coupled by their dislocation undermines their capacity to experience healthy psycho-social integration. For this reason, this paper touches upon the psychological and sociological etiology of a white supremacist orientation and the cost for the lack of knowledge and attribution to the sources of the unique nature of U.S. culture. 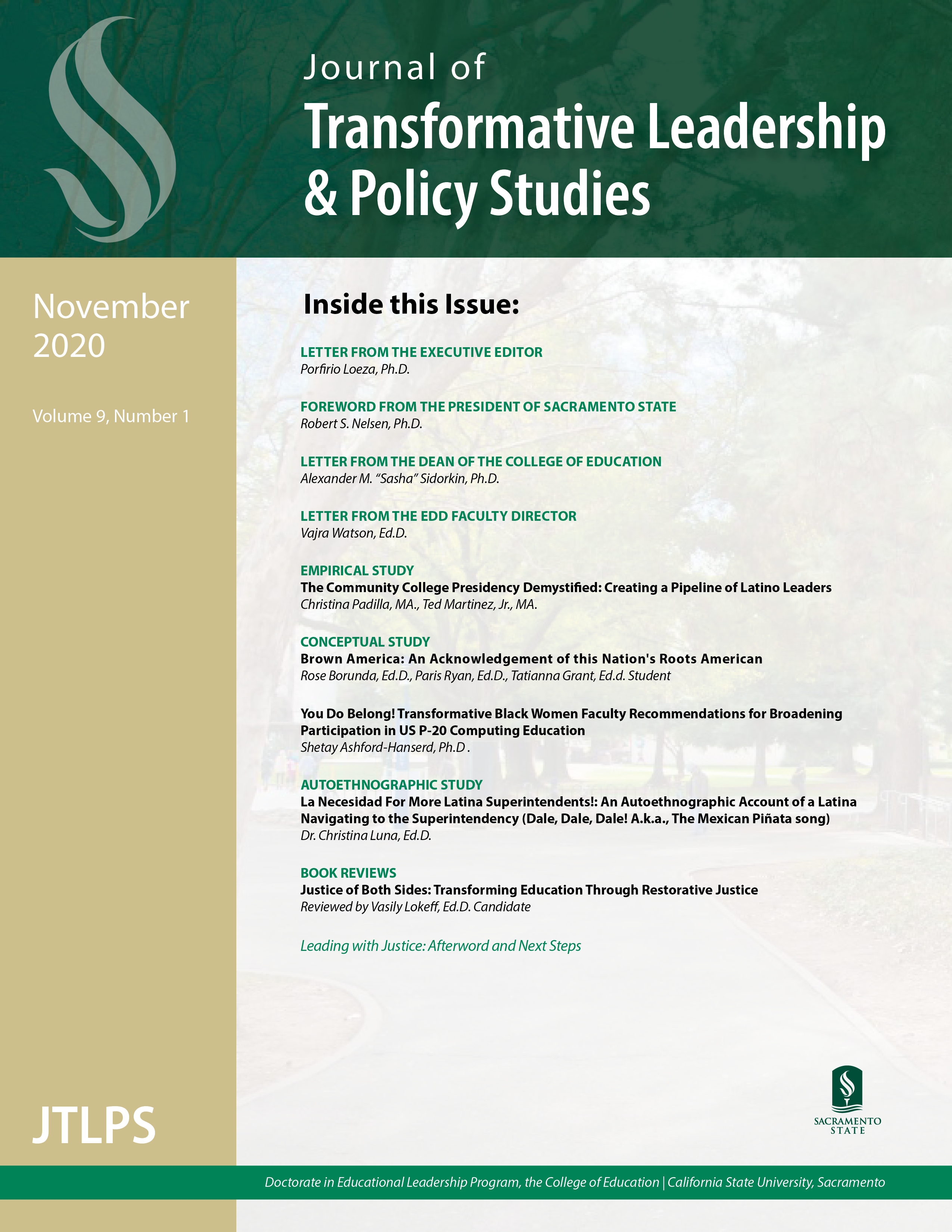 This work is licensed under a Creative Commons Attribution-NonCommercial-NoDerivatives 4.0 International License.

© Journal of Transformative Leadership and Policy Studies. All contents copyrighted. All rights reserved.