Naturalism and Moral Expertise in the Zhuangzi

Although there has been a wide variety of interpretation in the secondary literature on the text known as the Zhuangzi1, three general interpretive themes emerge among Anglophone commentators – mysticism, skepticism, and relativism.2 The earliest scholars (perhaps too heavily influenced by the Herbert Giles translation) tended to read Zhuangzi as a mystic concerned with various religious themes. Interpretations of the 1960s and 1970s (Chan 1963; Watson 1968; Creel 1970) helped to continue this mystical line of analysis, although they tended to associate it with personal reflection rather than religious dogma. As Creel saw it, the Zhuangzi addresses how one can improve one’s own life through contemplation. He argued that it was such mystical lines of “contemplative” Daoism that led rulers to seek out Daoist advisors because, “[contemplative practices] gave to the Daoist a calm and poise that contrasted sharply with the hurly-burly of the times” (1970, 44). This, according to Creel, led to the migration towards Daoism among many young, ambitious thinkers, as it could provide them a position in a ruler’s court. However, such devotees were not adopting Daoism in order to contemplate and, thus, directed Daoism into a more normative direction, which Creel referred to as the “purposive” aspects of early Daoism, which is best represented by other Daoist texts. 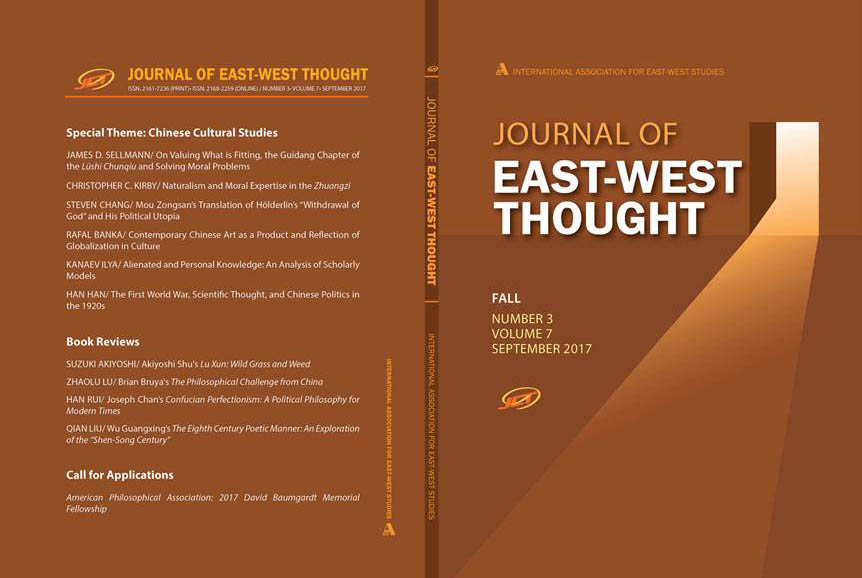 Published
2017-10-09
Issue
Vol. 7 No. 3 (2017): Fall 2017
Section
Articles
All authors must sign a Copyright Transfer Agreement (CTA) for all papers accepted for publication. Signing the CTA is a condition of publication and papers will not be forwarded to the publisher for production unless a signed form has been received (US Federal Government employees need to complete the Author Warranty sections, although copyright in such cases does not need to be assigned). After submission, authors will retain the right to publish their papers in various media/circumstances (please see the form for further details). Please return the completed form to:
Open Journal Systems
Information