OCCIDENT AND THE ORIENT: GODS, MYTHS AND CONVERSATIONS

The term ‘indigenous’, since late 20th century, is being extensively used to denote people and literatures, in addition to its previous function of classifying flora and fauna. These people, under international and national legislations are referred as, culturally distinct groups, affected by colonization. The paper raises a query against the categorization of a community and literatures as ‘indigenous’, on the basis of a comparative and descriptive study of myths, historical belief systems, gods and their language systems, partially based on the idea of the structural study of myths (mythemes) as well as, on the notion of a common psyche. For a long span of time, the West hardly knew about East Asian islands (During their stay in Korea from 1653 until 1666 the Dutch came into a stable and well-organized country ~ The journal of Hamel and Korea), thus the two worlds developed without having much contact or knowledge about each other, even when the West and major regions of the East (including Central Asia, Malay islands, and later, Japan) were trading. It can be observed, even when these islands were untouched by the Western world, (only majorly influenced by the Chinese and the Japanese cultures) huge number of gods, belief systems and myths are identical to just be called a coincidence. This resemblance in the historical, socio-cultural, mythical and mystical notions of the two different sides of the world with considerable difference in their geographical occupancy, impels a much deeper and detailed study to understand the development of psyche of the human civilization through the ages and thus assist in discarding the categorizations. Thus, on the basis of the identicalities, the paper attempts to discard the categorization of the Asian culture and literature of the far Eastern islands as indigenous, and provided a level platform alongside Western literature. 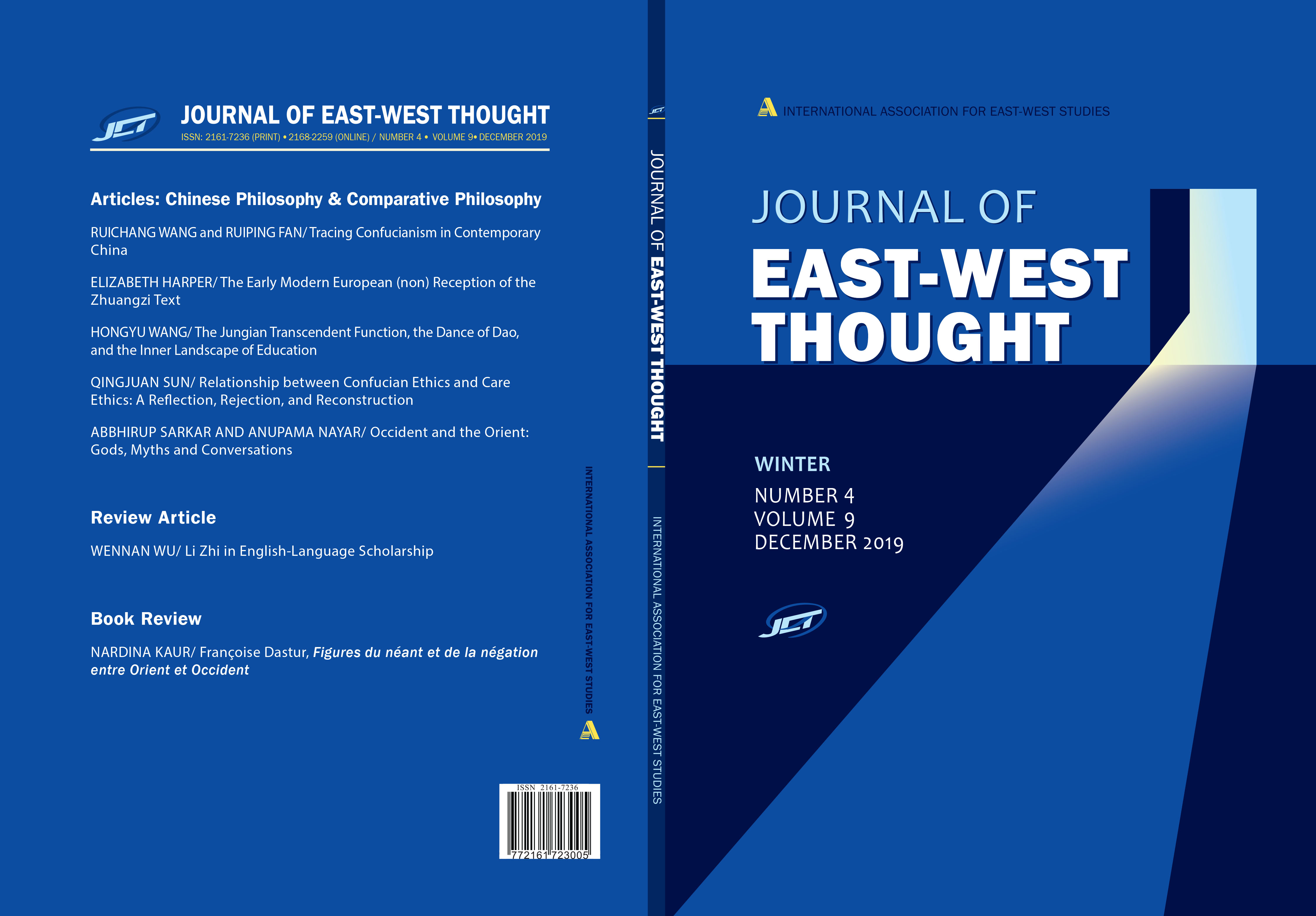 Published
2020-04-13
Issue
Vol. 9 No. 4 (2019): Winter 2019
Section
Articles
All authors must sign a Copyright Transfer Agreement (CTA) for all papers accepted for publication. Signing the CTA is a condition of publication and papers will not be forwarded to the publisher for production unless a signed form has been received (US Federal Government employees need to complete the Author Warranty sections, although copyright in such cases does not need to be assigned). After submission, authors will retain the right to publish their papers in various media/circumstances (please see the form for further details). Please return the completed form to:
Open Journal Systems
Information