The purpose of this essay is to put Endō Shūsaku, a well-known Japanese author for his work Silence (1966), on world literature map by focusing on diaries he kept during his stay in France (1950-1953). The study of Endō has focused on the influence of French authors, particularly Catholic writers, represented by François Mauriac, Georges Bernanos, and Julien Green. However, in his diaries, Endō repeatedly refers to American authors and it is clear that William Faulkner was one of the writers who had significant impact on his writing. , Yet, the scholars of Faulkner in Japan have overlooked his influence on Endō. This paper will highlight new perspectives in researching Endō’s texts by expanding the frameworks of existing studies and recognize his writing as a contribution to Faulkner studies in Japan.
There is no such thing as was—only is. If was existed, there would be no grief or sorrow. I like to think of the world I created as being a kind of keystone in the universe; that, small as that keystone is, if it were ever taken away the universe itself would collapse. My last book will be the Doomsday Book, the Golden Book, of Yoknapatawpha County. Then I shall break the pencil and I’ll have to stop. --William Faulkner
Faulkner is not the writer you should read in autumn. Nor should he to be read on peaceful spring days or during the cold winter days. I feel that I can understand some of the world of perplexing writer such as Faulkner when I read his works on a hot summer day, my body covered in sweat in the full sunshine.
--Endō Shūsaku 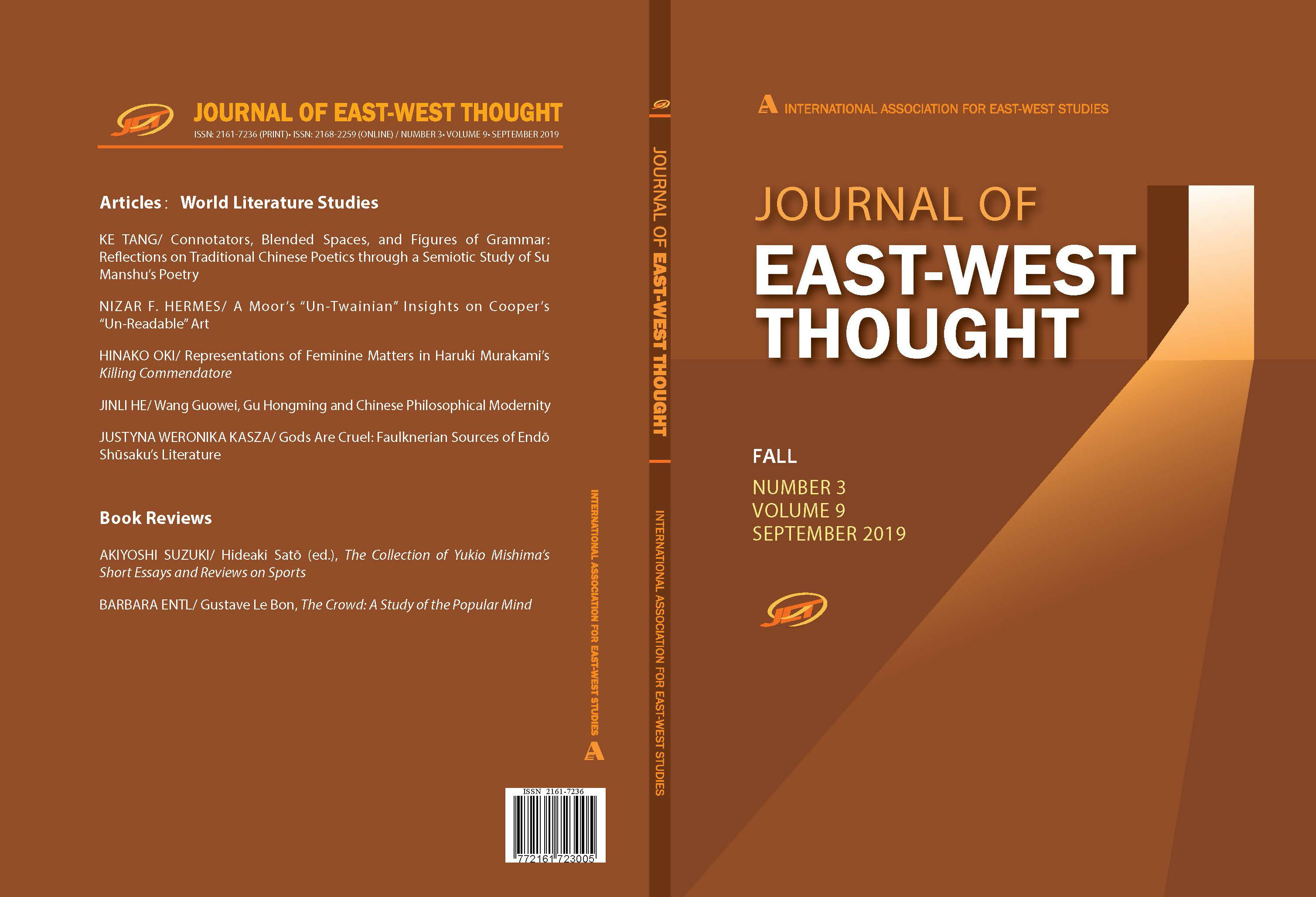 Published
2020-04-13
Issue
Vol. 9 No. 3 (2019): September 2019
Section
Articles
All authors must sign a Copyright Transfer Agreement (CTA) for all papers accepted for publication. Signing the CTA is a condition of publication and papers will not be forwarded to the publisher for production unless a signed form has been received (US Federal Government employees need to complete the Author Warranty sections, although copyright in such cases does not need to be assigned). After submission, authors will retain the right to publish their papers in various media/circumstances (please see the form for further details). Please return the completed form to:
Open Journal Systems
Information