Religions are not just systems of belief; they are also organizations, or parts of organizations. They have a communal and social significance, which goes by the name of social dimension. The social shape of a religion is of course, to some extent determined by the religious and ethical ideals and practices that it harbors. Conversely, it often happens that the religious and ethical ideals are adapted to existing social conditions and attitudes. It is incidentally, clear that the ongoing patterns of ritual are an important element in the institutionalization of religion, if it is believed that certain ceremonies and sacraments can be properly performed only by a priest, then the religious institution will be partly determined to the need to maintain and protect a professional priesthood and the institution of the devadasis in the temples. The devadasi system was a popular institution in the history of early India. Were serving the gods in the temples throughout India. M. S. Aiyangar says that the aesthetic arts were given a religious tone from about the 7th century CEwhen dancing and playing dramas were encourage to draw large crowds of devotees to the temples. Thus, hundreds of dancing girls or gandharvirs was attached to every important temple. According to K. K. Pillay the system became common in South Indian temples only after the 7th century CE The creation of the institution of devadasis, the carving of the Maithuna sculpture in temples, and the exhibition of sex influence in religious rituals in India. These, raised their ugly heads only after the 8th century CE, a period of decadence in Indian culture. 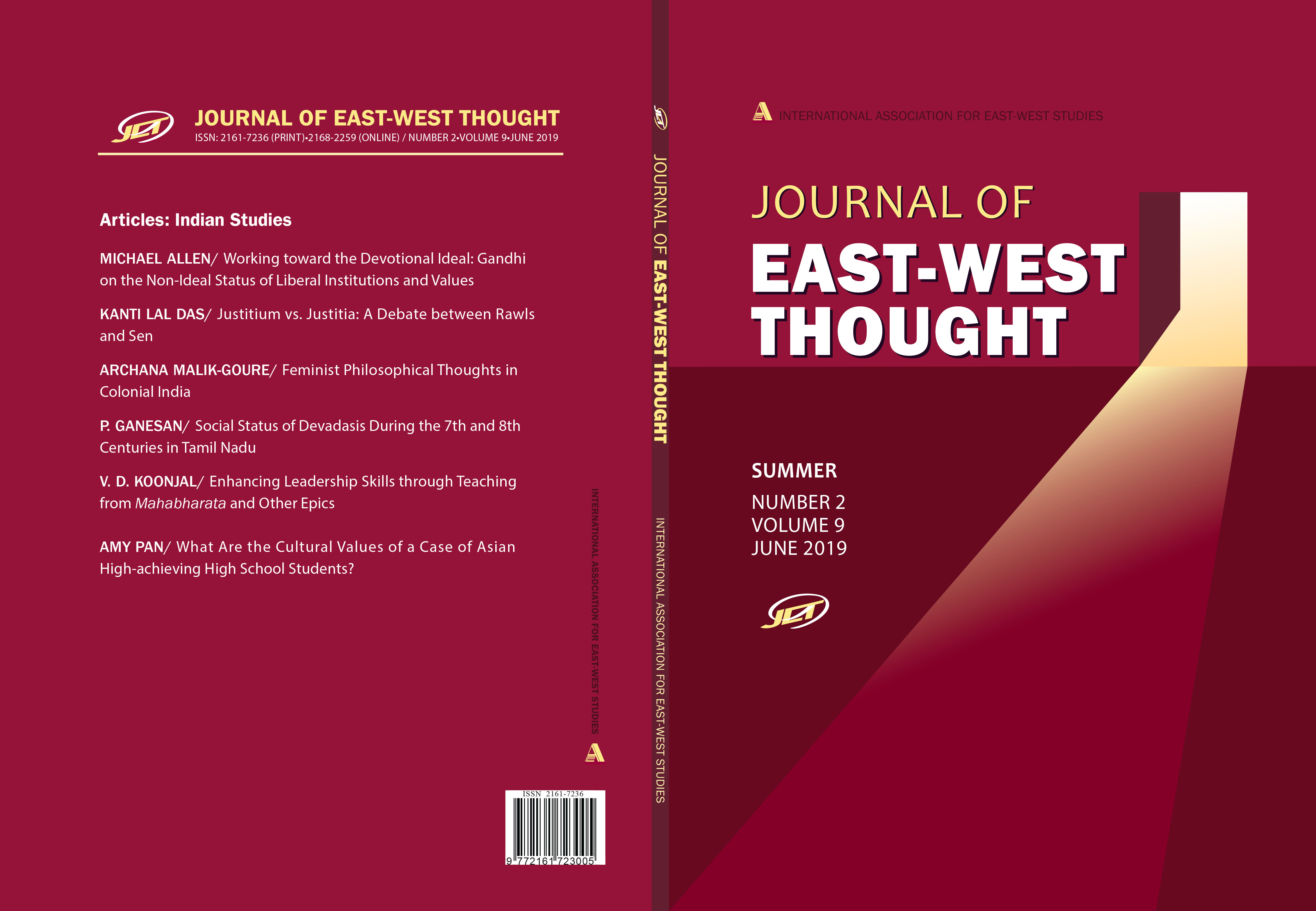 Published
2020-04-13
Issue
Vol. 9 No. 2 (2019): Summer 2019
Section
Articles
All authors must sign a Copyright Transfer Agreement (CTA) for all papers accepted for publication. Signing the CTA is a condition of publication and papers will not be forwarded to the publisher for production unless a signed form has been received (US Federal Government employees need to complete the Author Warranty sections, although copyright in such cases does not need to be assigned). After submission, authors will retain the right to publish their papers in various media/circumstances (please see the form for further details). Please return the completed form to:
Open Journal Systems
Information