WANG GUOWEI AND A DREAM OF RED MASIONS

Wang Guowei’s 王國維 (1887-1927) understanding of the idea of tragedy was inspired by two German philosophers—Schopenhauer and Nietzsche. It is generally held that the pessimistic philosophy of Schopenhauer plays a fundamental role in Wang’s borrowing from Western philosophers. Wang Guowei’s Hongloumeng Pinglun 紅樓夢評論 (Commentaries on A Dream of Red Mansions, 1904) shows that in fact he was closer to Nietzsche than to Schopenhauer. This paper focuses on the article and the idea of “tragedy” in the context of Wang Guowei, Schopenhauer and Nietzsche. Although Commentaries on A Dream of Red Mansions was based on Schopenhauer’s idea, it is in fact alienated from Schopenhauer’s philosophy in the sense that it represents the double movement back into his own cultural sensibility—renjian qinghuai人間情懷 (feeling for this world). The double movement occurred in the case of using Nietzsche too, not as alienation, but as bringing in. Nietzsche’s “spirit of tragedy” was brought into Chinese culture based on Wang’s own strong initiative. Wang’s conscious closeness to Nietzsche is also an uncompleted mission since his Confucian principles are against Nietzsche’s abrupt departure from his tradition. This misunderstanding and misinterpretation shows well the true face of cross-culture communication at the beginning of 20th century, especially when we consider the development of Chinese aesthetic modernity. 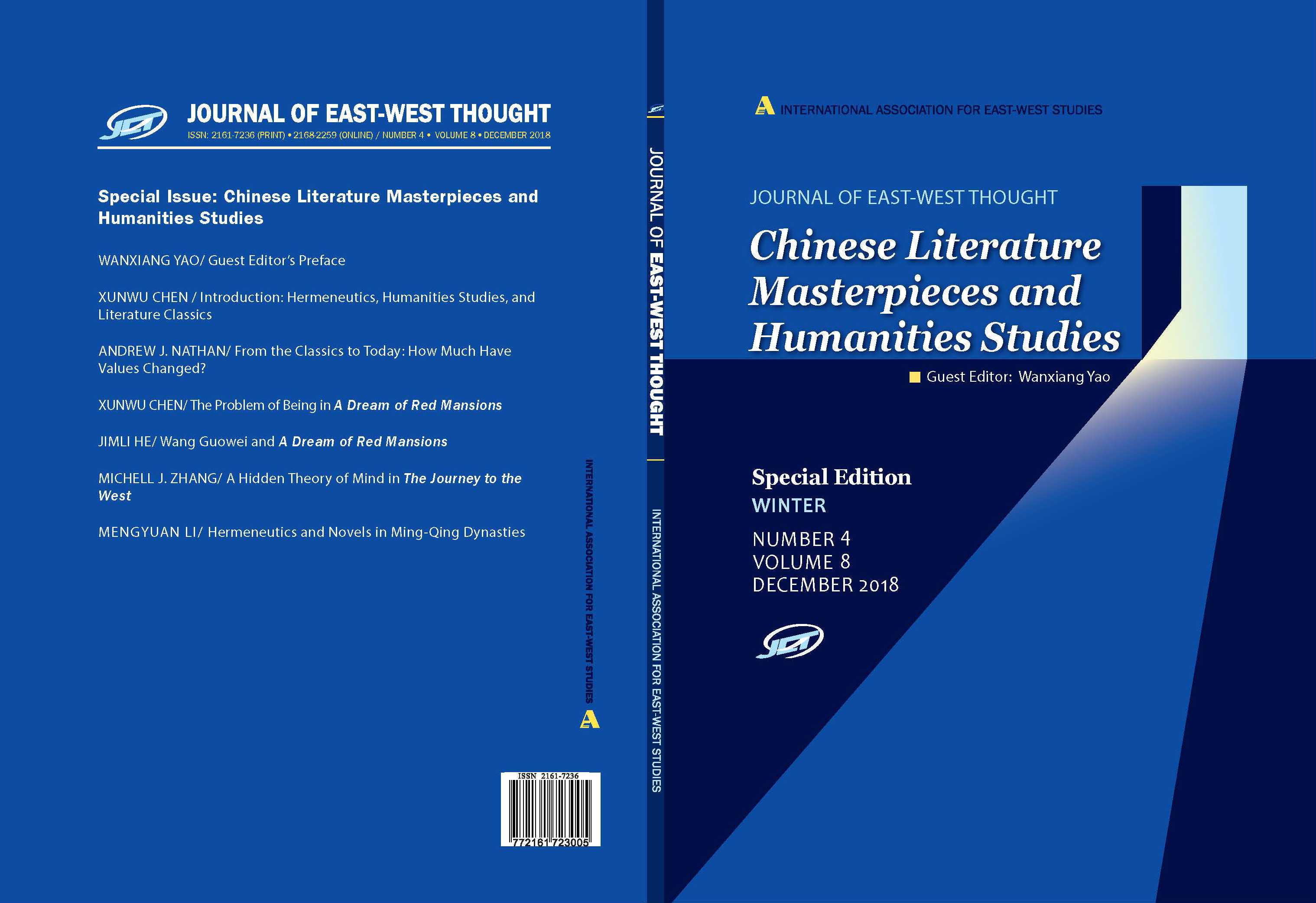 Published
2020-04-10
Issue
Vol. 8 No. 4 (2018): Winter 2018
Section
Articles
All authors must sign a Copyright Transfer Agreement (CTA) for all papers accepted for publication. Signing the CTA is a condition of publication and papers will not be forwarded to the publisher for production unless a signed form has been received (US Federal Government employees need to complete the Author Warranty sections, although copyright in such cases does not need to be assigned). After submission, authors will retain the right to publish their papers in various media/circumstances (please see the form for further details). Please return the completed form to:
Open Journal Systems
Information