In the history of Indian literary criticism (alaṃkāraśāstra) two texts have made significant contributions to the Indian Aesthetics; Dhvanyāloka by Ānandavardhana and Locana, a commentary on the first text by Abhinavgupta. Both the texts have influenced all the Indian critics of Sanskrit directly or indirectly. One of the major contributions of Ānandavardhana is that he includes emotive and other associative meanings under linguistic meaning. (Kane, 2015: 154-90) As a result the theories of primary and secondary meaning which were developed by Mīmāṃsakas and Naiyāyikas were further developed by the poetics. It is noteworthy that Ānandavardhana was influenced by Bhartṛhari, the promulgator of the sphoṭa theory, Ānandavardhana therefore emphasized the importance of taking the whole utterance as a significant unitary linguistic symbol. He had also shown that the meaning of an utterance depends on contextual factors, and that the logical interpretation of the sentence-meaning on the basis of the individual word-meanings is defective in many cases. He also advanced that at times the meaning of the whole utterance is different from what the individual words indicate. Influenced by Bhartṛhari, Ānandavardhana developed his theory of language, however, his attempt was limited to poetic meaning. 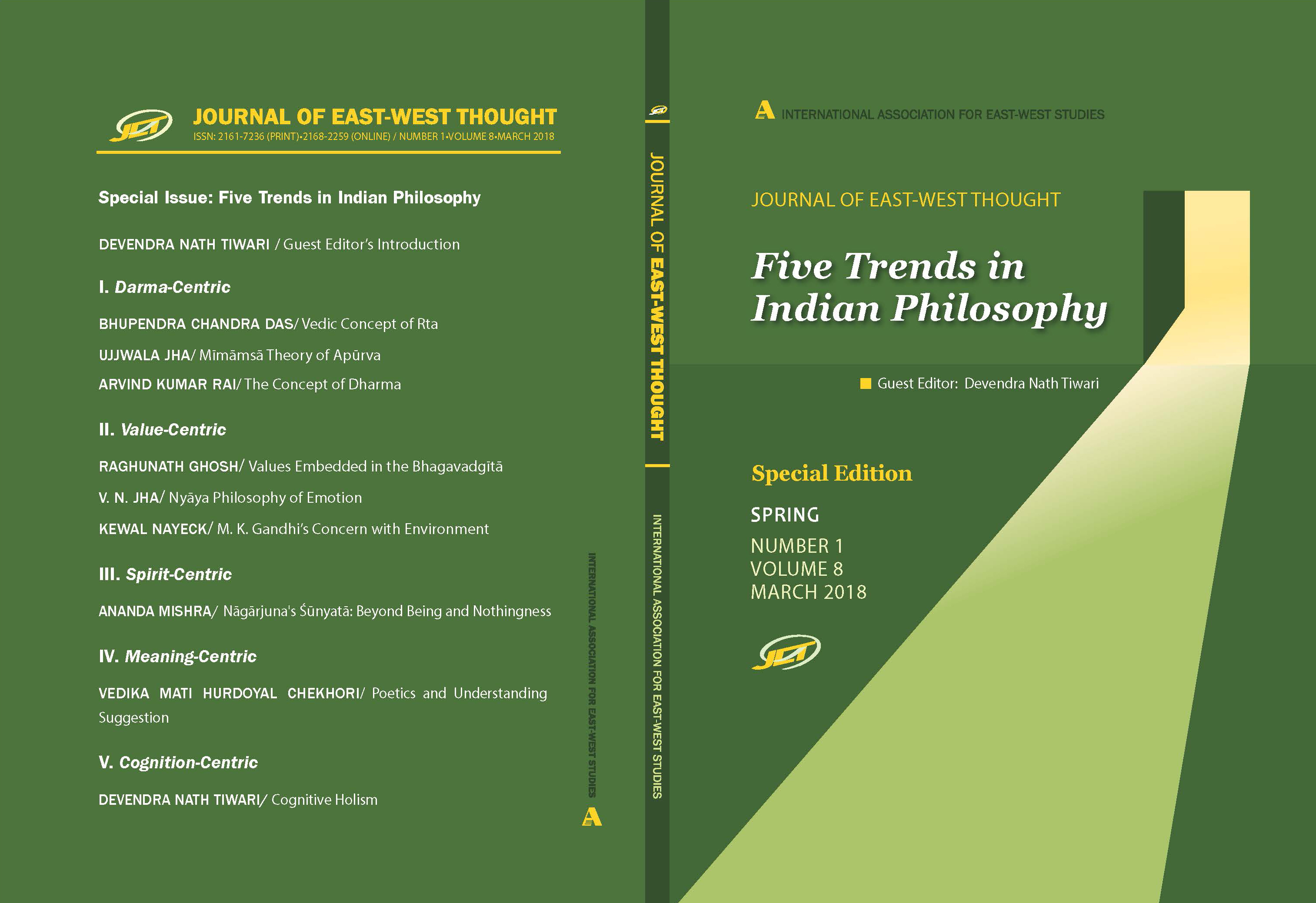 Published
2020-03-24
Issue
Vol. 8 No. 1 (2018): Spring 2018
Section
Articles
Copyright (c) 2020 International Association for East-West Studies (IAES) All authors must sign a Copyright Transfer Agreement (CTA) for all papers accepted for publication. Signing the CTA is a condition of publication and papers will not be forwarded to the publisher for production unless a signed form has been received (US Federal Government employees need to complete the Author Warranty sections, although copyright in such cases does not need to be assigned). After submission, authors will retain the right to publish their papers in various media/circumstances (please see the form for further details). Please return the completed form to:
Open Journal Systems
Information